Ancient legends tell of small, fascinating creatures, half fairy and half witch, who spent their days spinning linen on golden looms inside caves carved from the rock, occasionally intervening in human affairs, both for good and for ill.

In actuality, while they lent their names to Domus de Janas (literally “House of the Fairies”), they were in actuality Neolithic stone tombs carved from the rock between 3500 and 2700 BCE and found across Sardinia.

To date we know two main types of Domus de Janas: tombs with with a vertical projection that are accessible from above through a vertical well; and those with a horizontal projection, often the most complex, and usually accessible via a corridor called a dromos and an antechamber, connected internally to form a proper necropolis.

Adorned with drawings of taurine protomes (carved heads), these decorations suggest the tomb builders worshipped the cult of a bull deity, a symbol of regeneration and fertility. Others have suggested that bovine protomes, also found in the tombs, represent the mother’s womb.

The bodies of the dead were placed in a fetal position inside the Domus de Janas, symbolizing a return to the mother earth, while the interior walls were often painted with red ocher – the blood of life – to evoke the moment in which all men and women entered life and consequently assuring rebirth in the afterlife.

Statues of the Mother Goddess, who ensured life beyond death, the link between man and divinity, between what is mortal and what is immortal, have been found in many Domus de Janas. Buried in the grave along with goods of the deceased, to be carried with them in their otherworldly journey, these figurines suggest that the Domus were dedicated to the cult of the Mother Goddess. 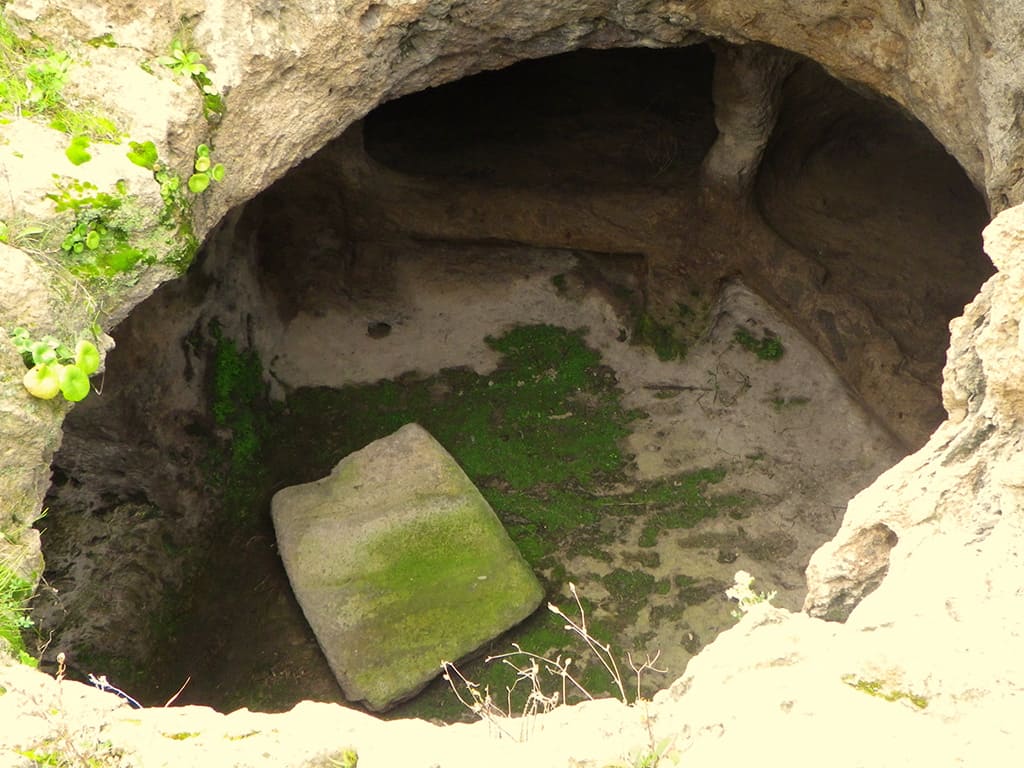 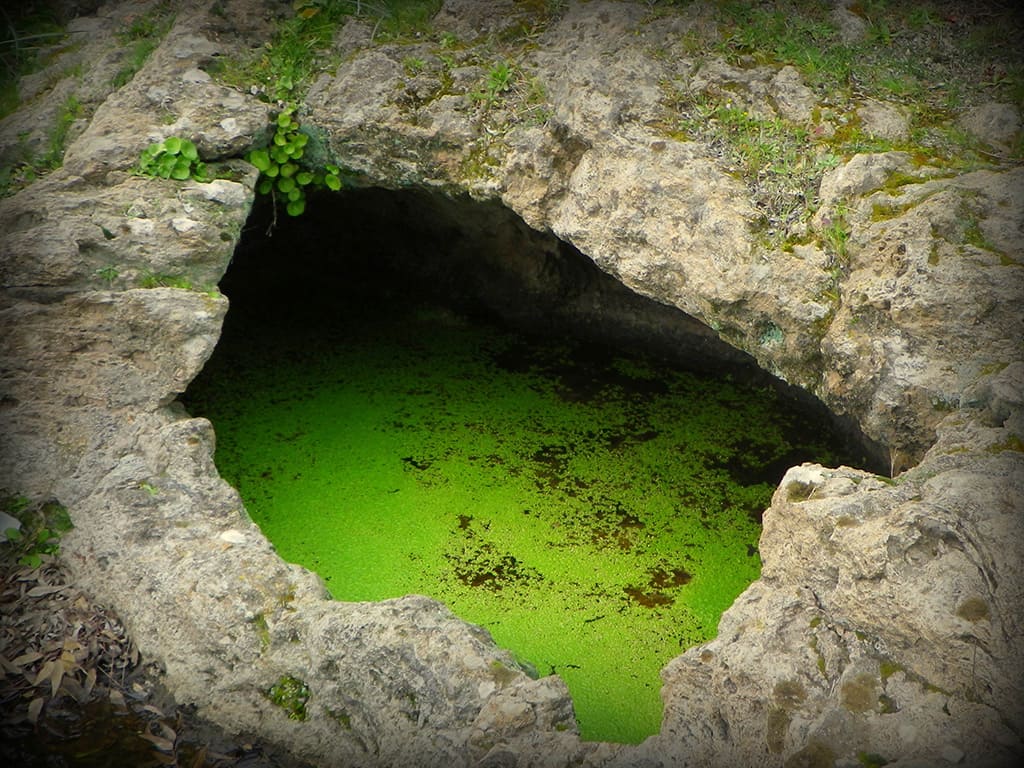 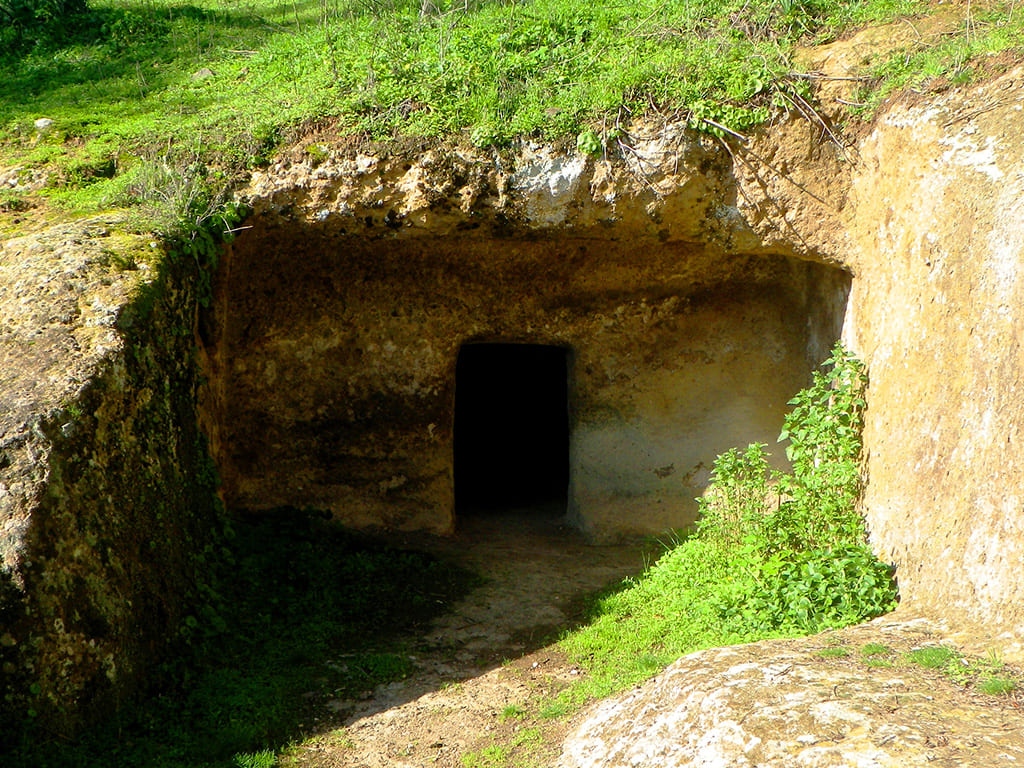 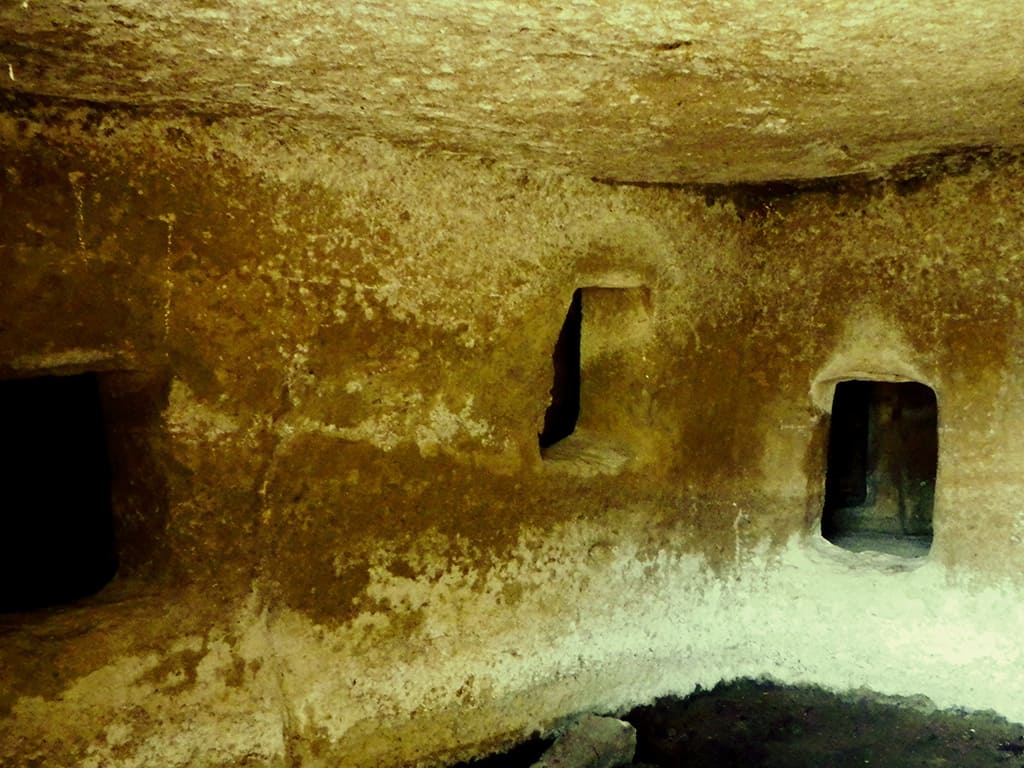 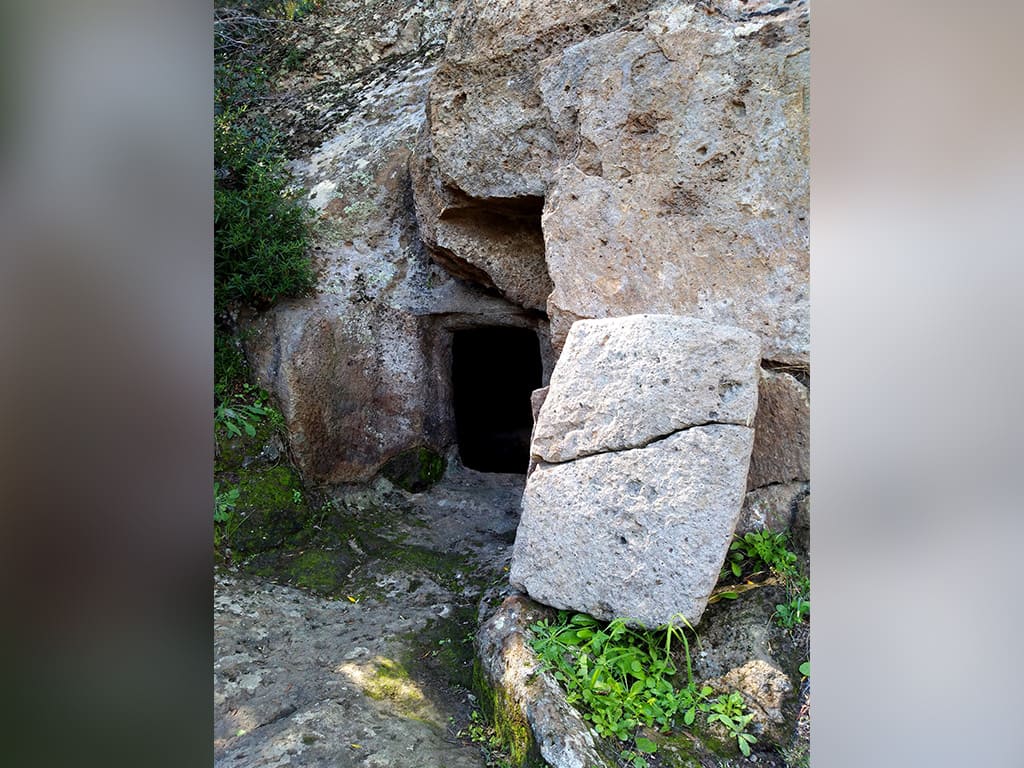 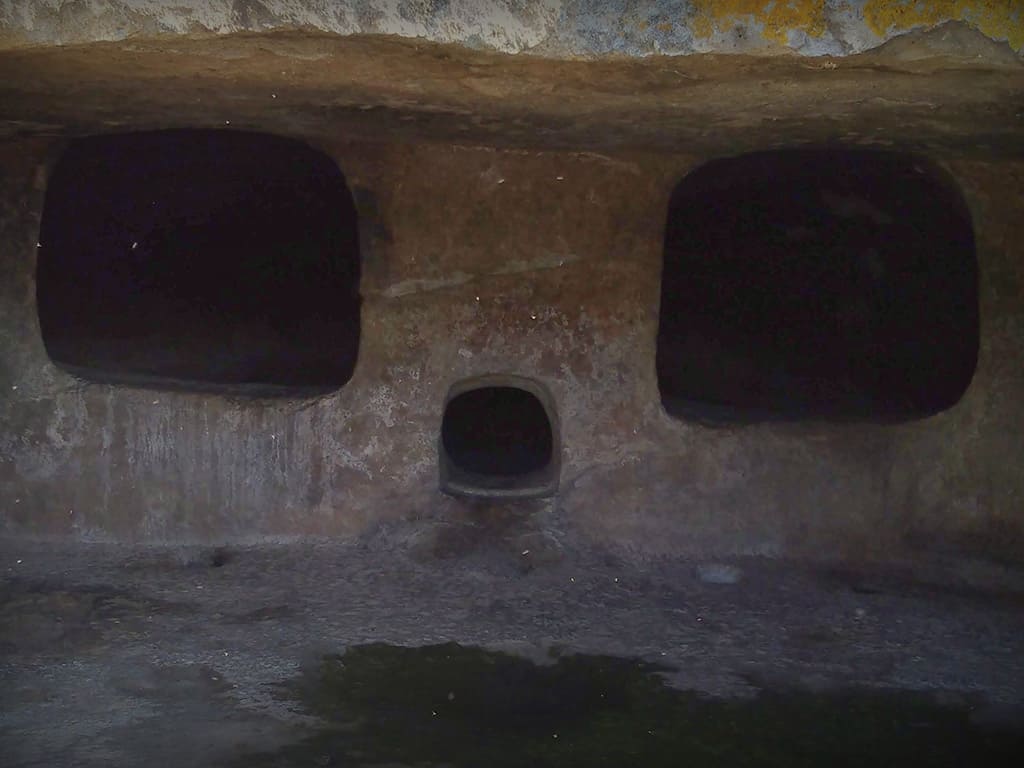 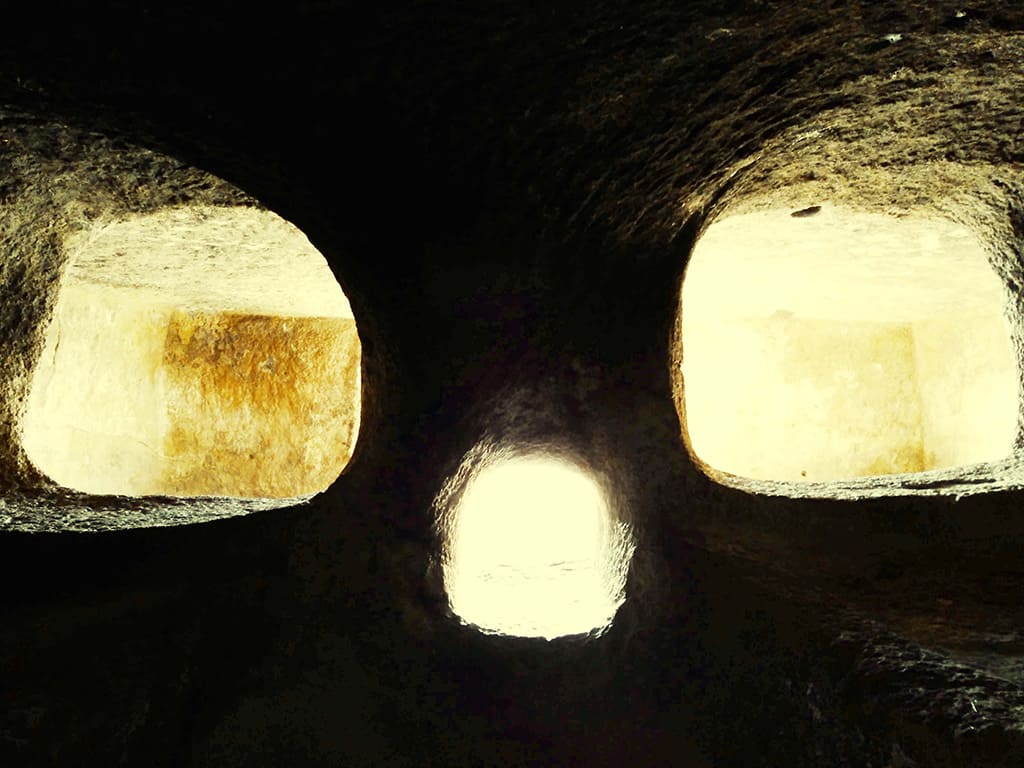 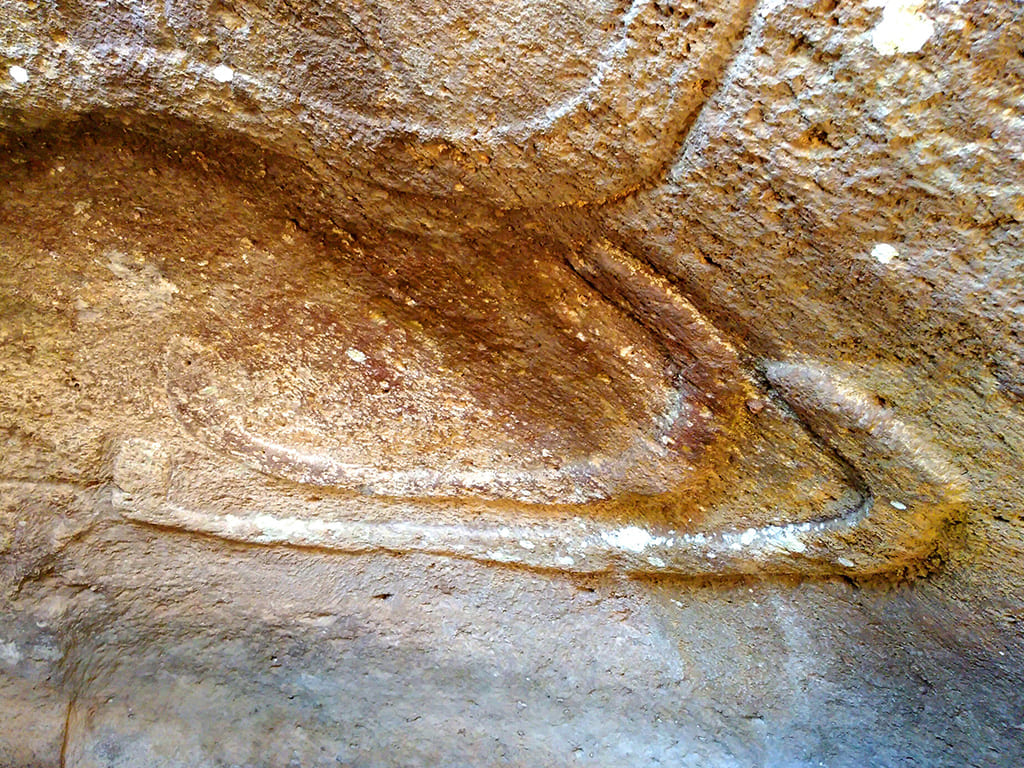 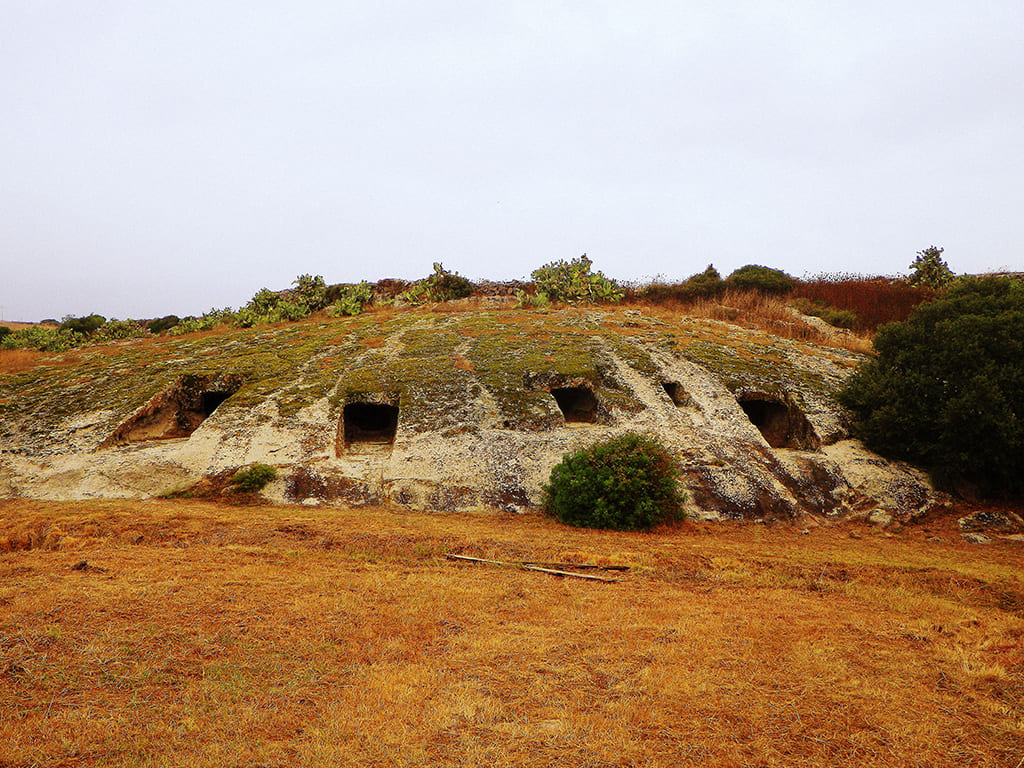 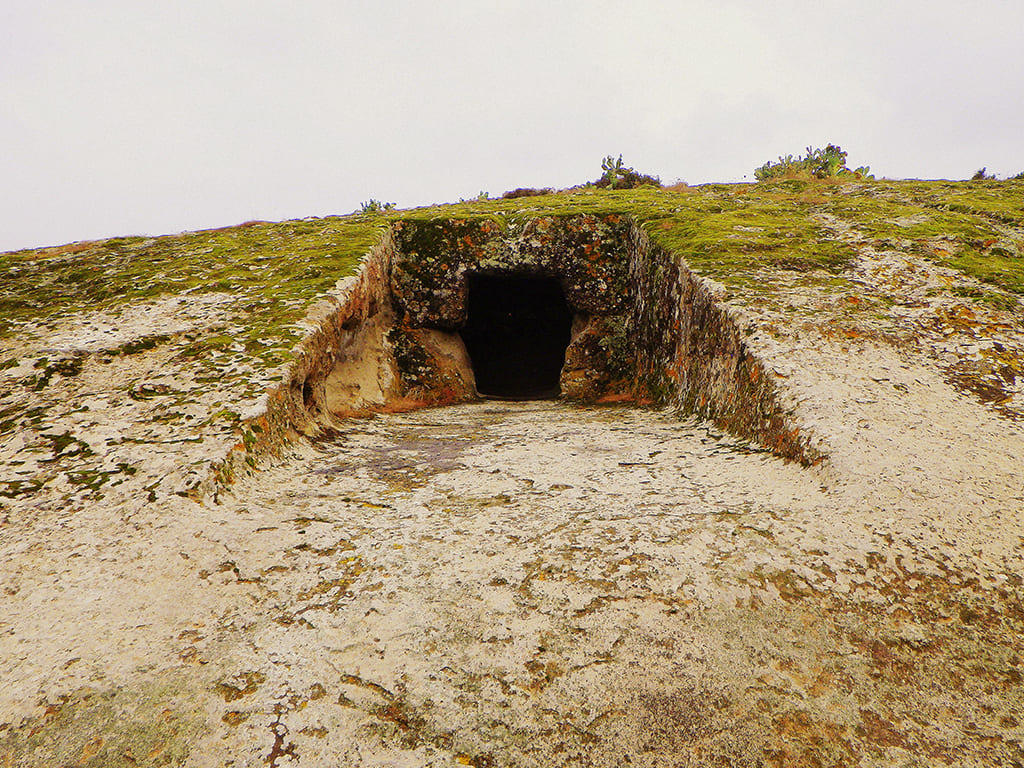 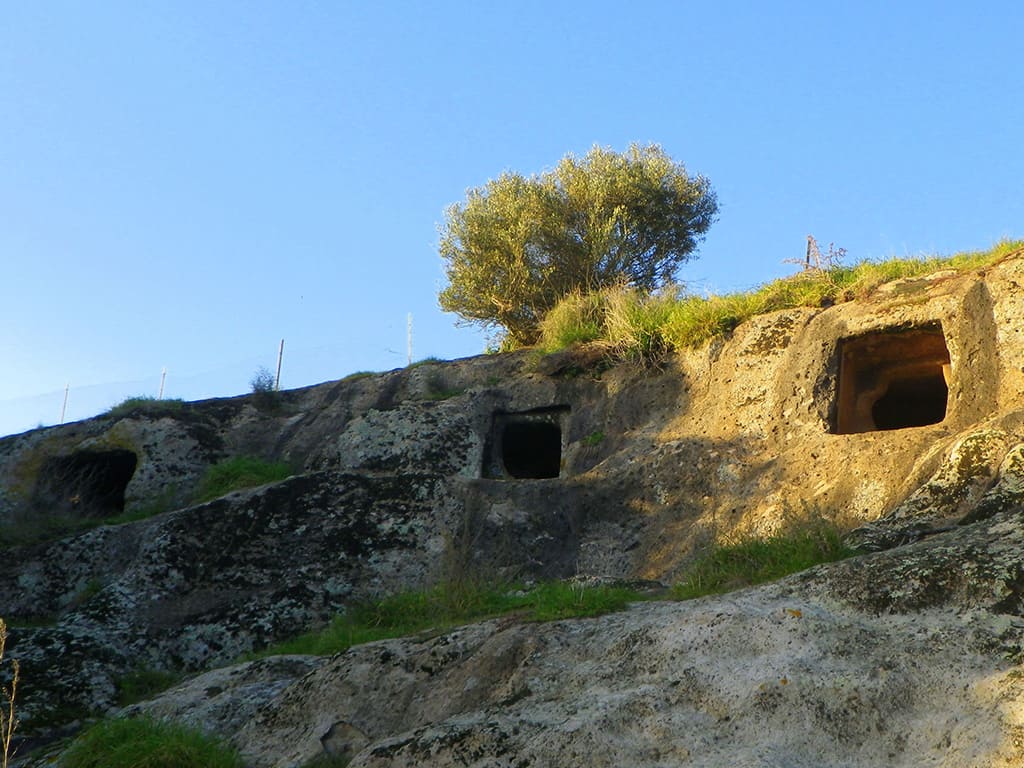 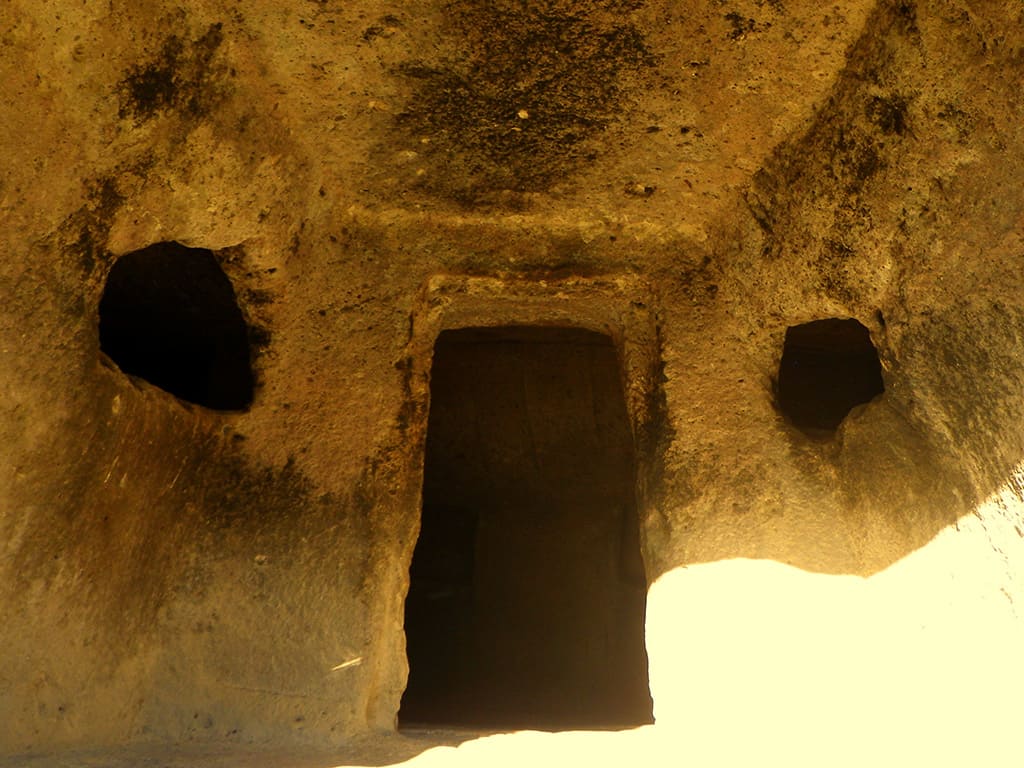 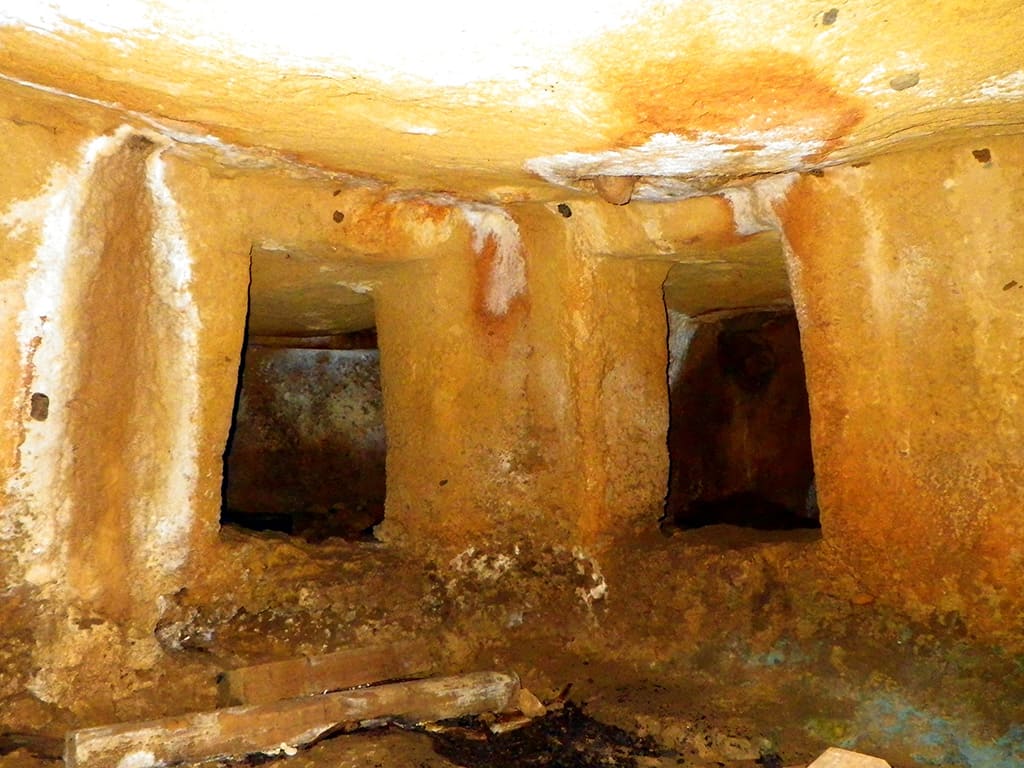 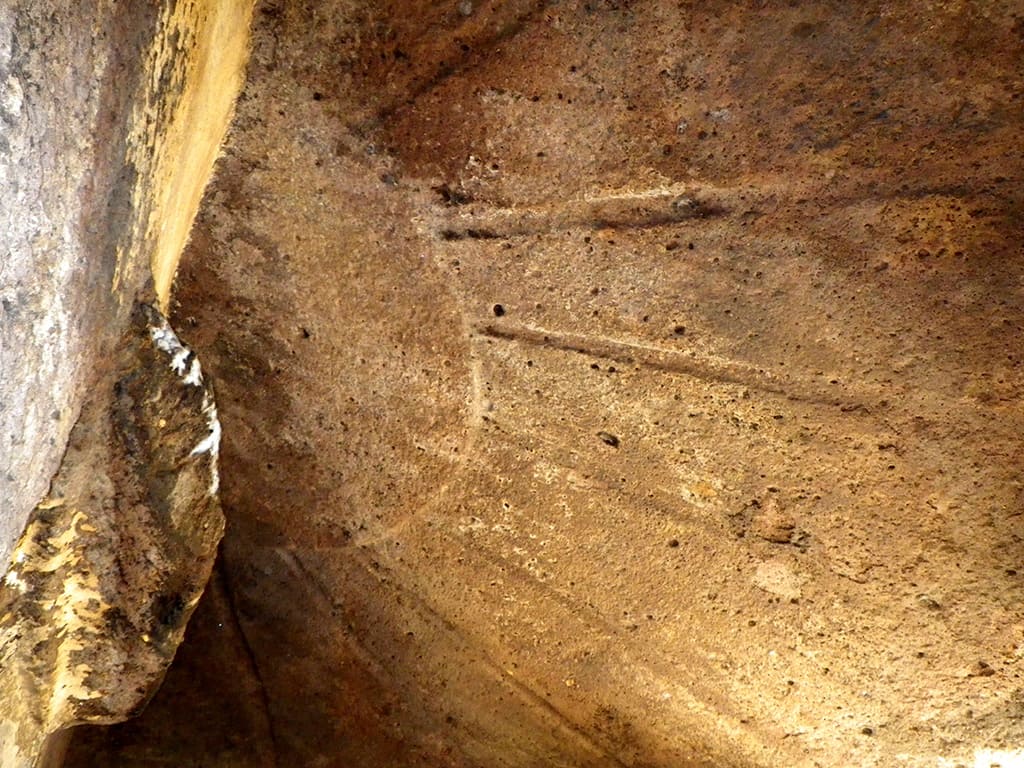 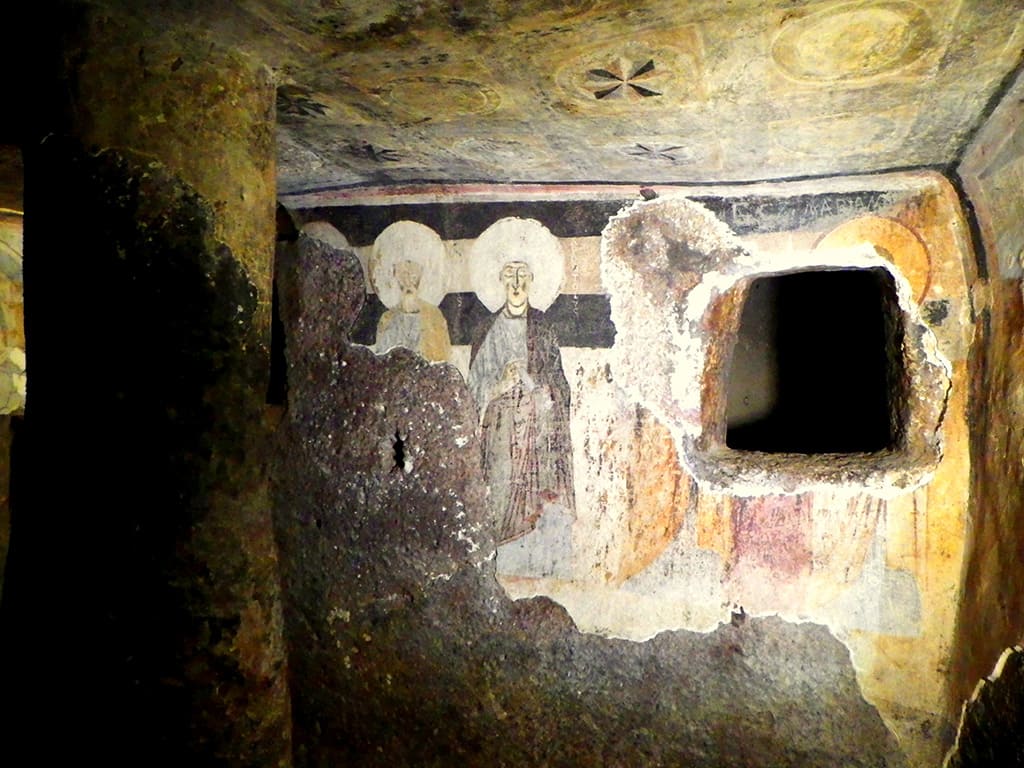 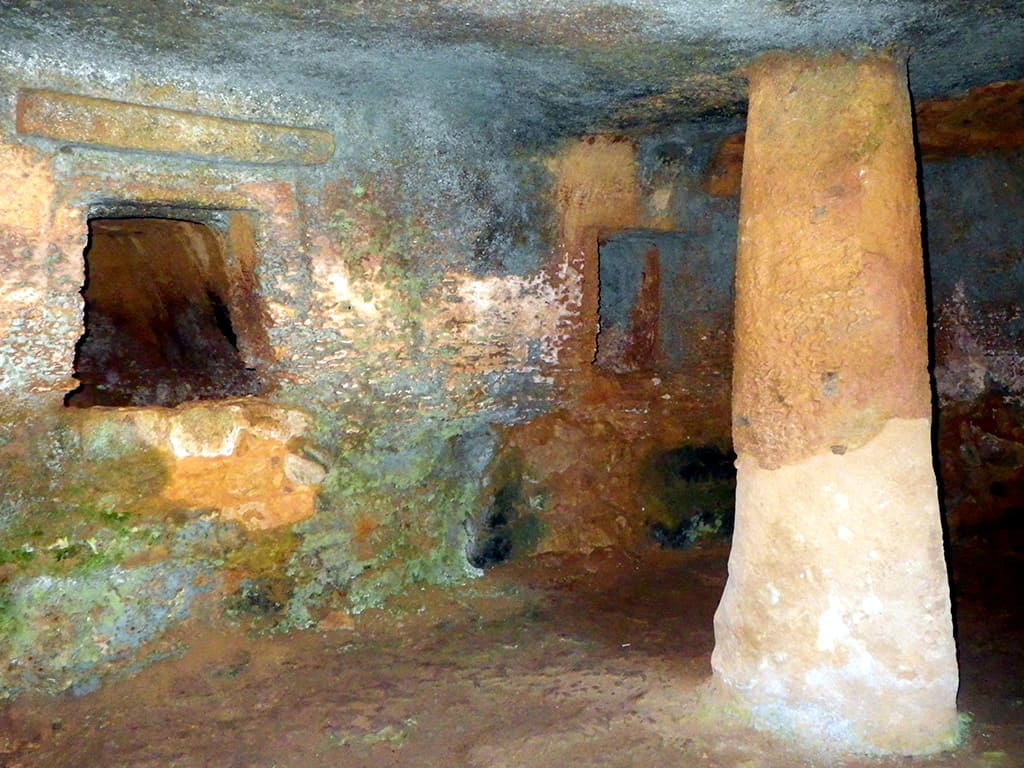 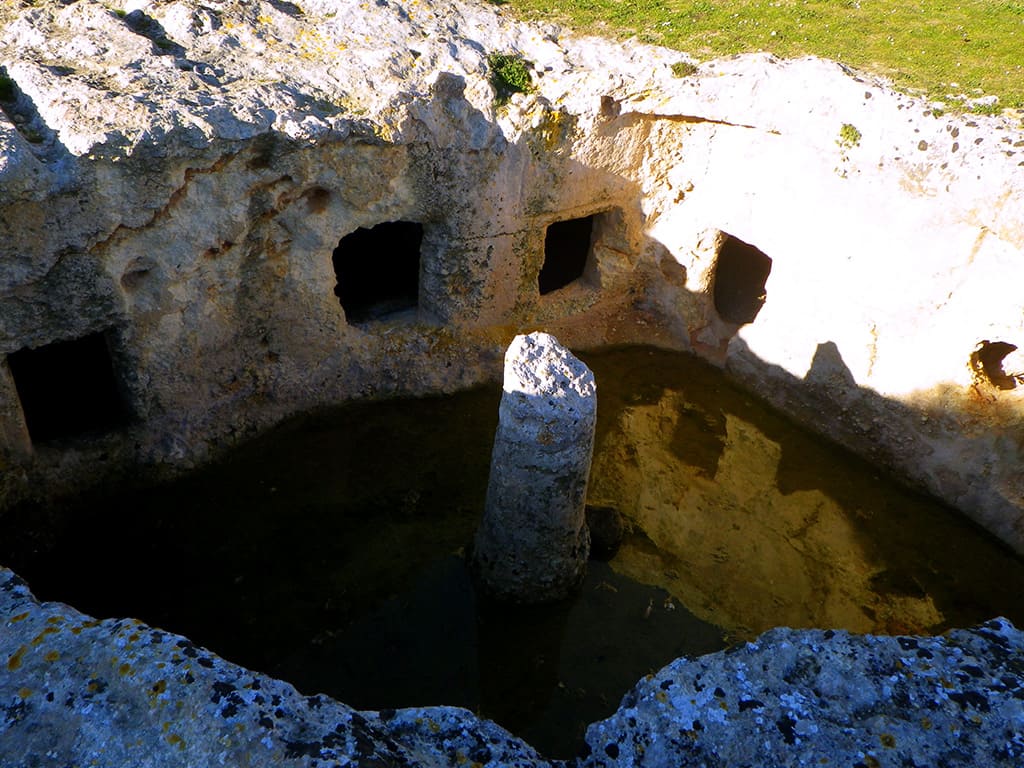 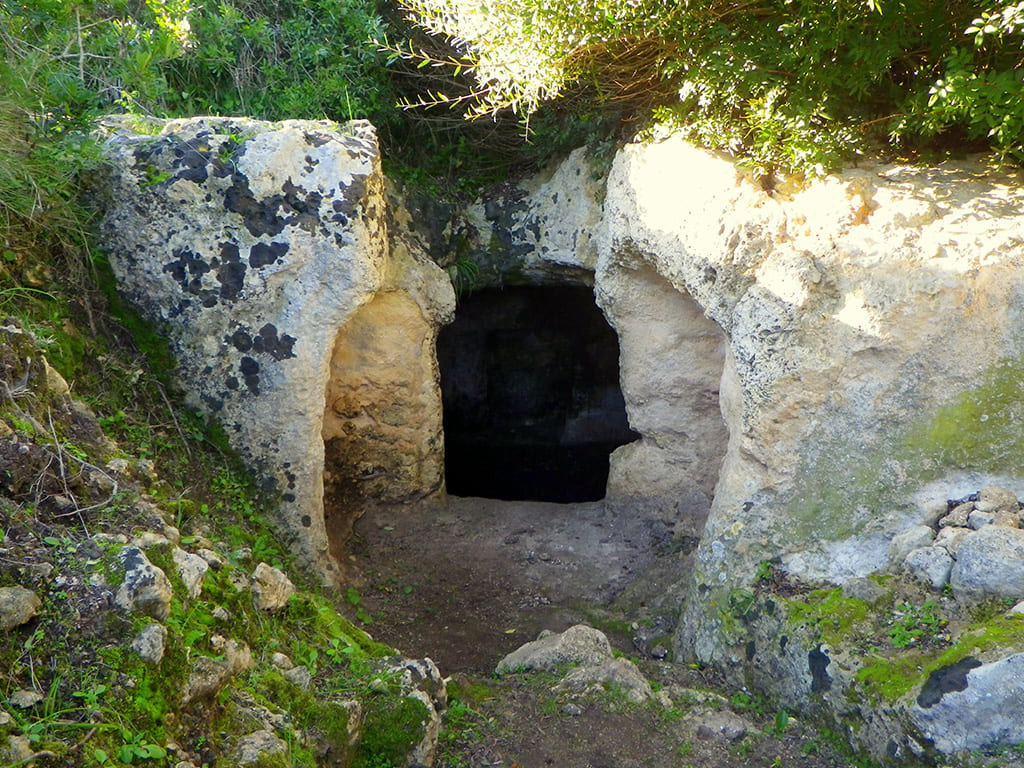 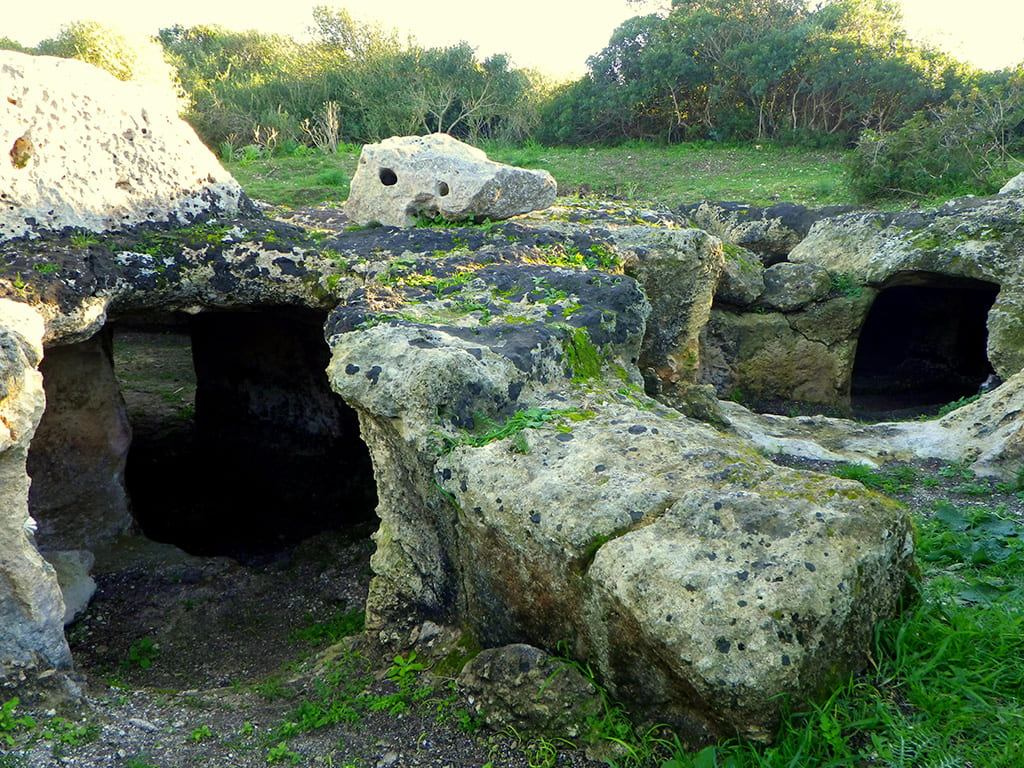