1 - 4 May
The Feast of Sant’Efisio (Ephysius of Sardinia) is the most important religious procession in Sardinia, as well as the longest Italian procession. More than 60 km are traversed on foot over 4 days, to honor the saint who put an end to the violent plague that devastated the inhabitants of Cagliari between 1652 and 1656.

The procession starts from the church dedicated to Sant’Efisio in the historic district of Stampace, opened by “traccas,” decorated carts that represent the towns of the Cagliari area. They are followed by thousands of people from Sardinian village folk groups, wearing embroidered and colorful costumes and precious jewels. They pay homage to the saint with prayers and sacred songs (is goccius), accompanied by the launeddas, an ancient Sardinian woodwind instrument made of three pipes.

Following the folk groups, knights, the saint escorts (the guardianìa), and representatives of political institutions (the alternos) lead the way to the statue of the saint, decorated with precious clothes and jewels, and placed inside a decorated carriage pulled by oxen.

The people cheer and applaud to welcome the statue of the saint along with the colors and scents of the Ramadura, a ritual that consists of sprinkling rose petals on the main streets of the villages through which the procession passes.

After leaving Cagliari, the procession will stop, in succession, at the villages of Capoterra, Sarroch, Villa San Pietro, and Nora, where a church marks where he was martyred. On May 4th the statue will return to Cagliari, where the party will end with the dissolution of the vow. 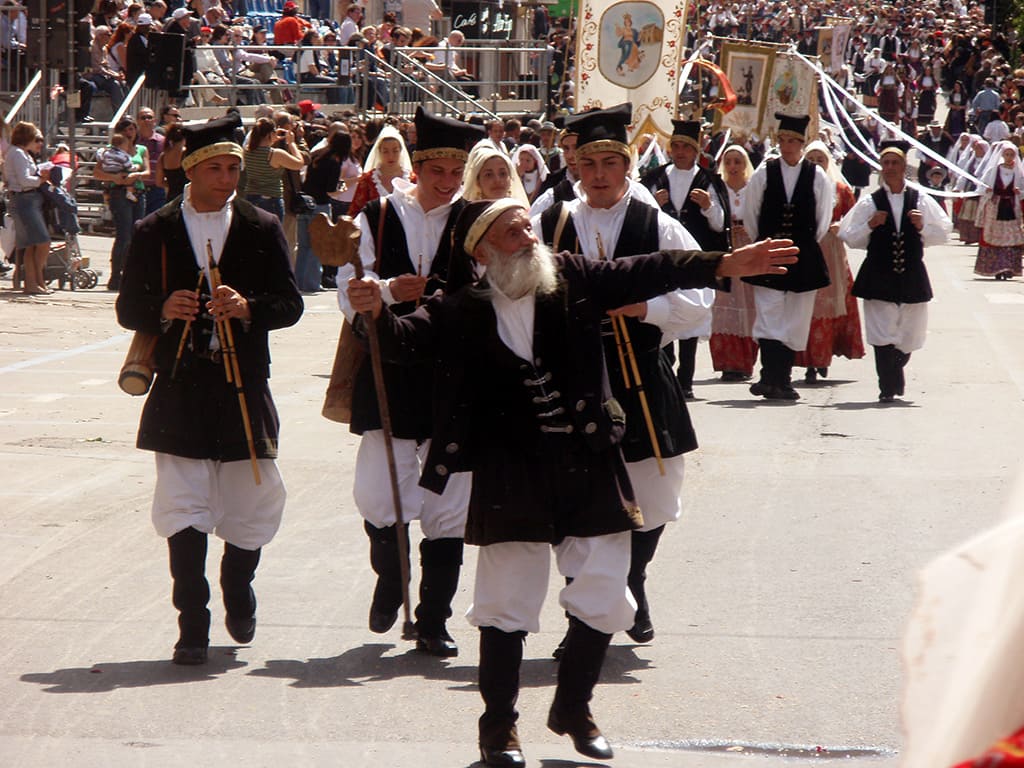 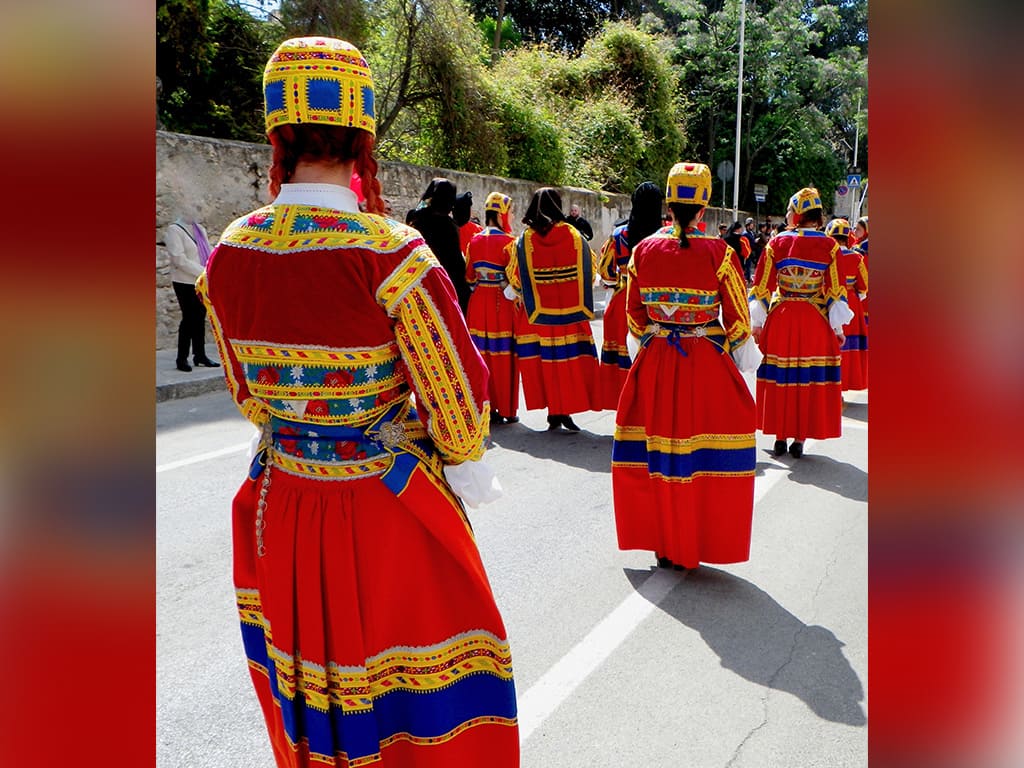 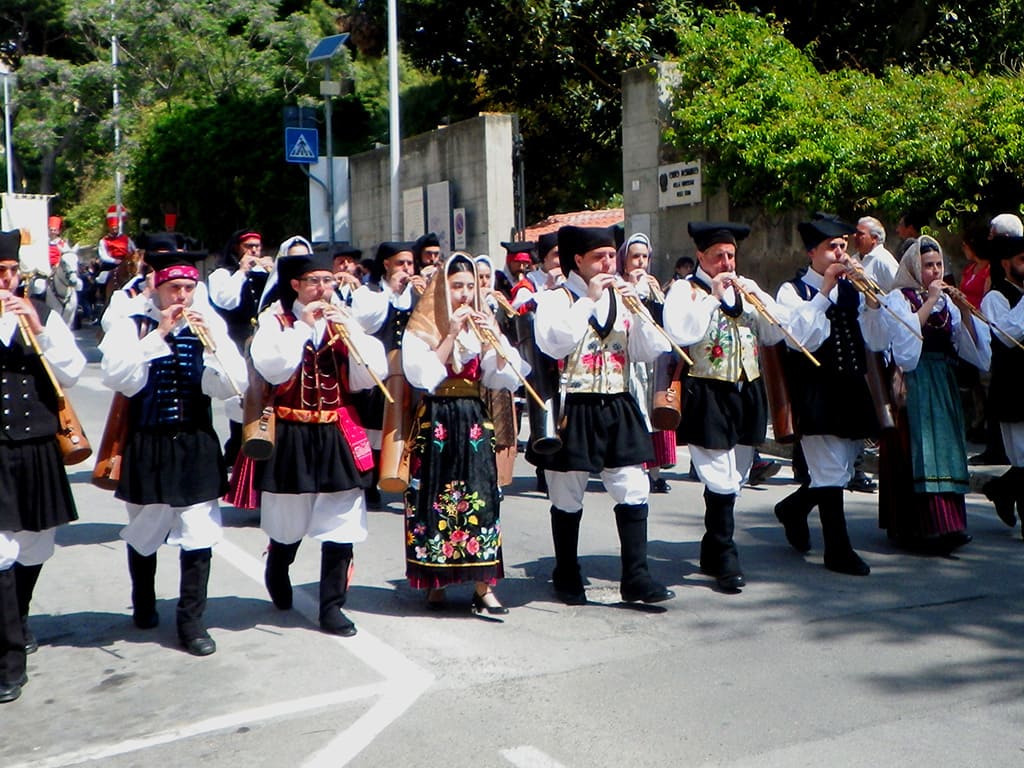 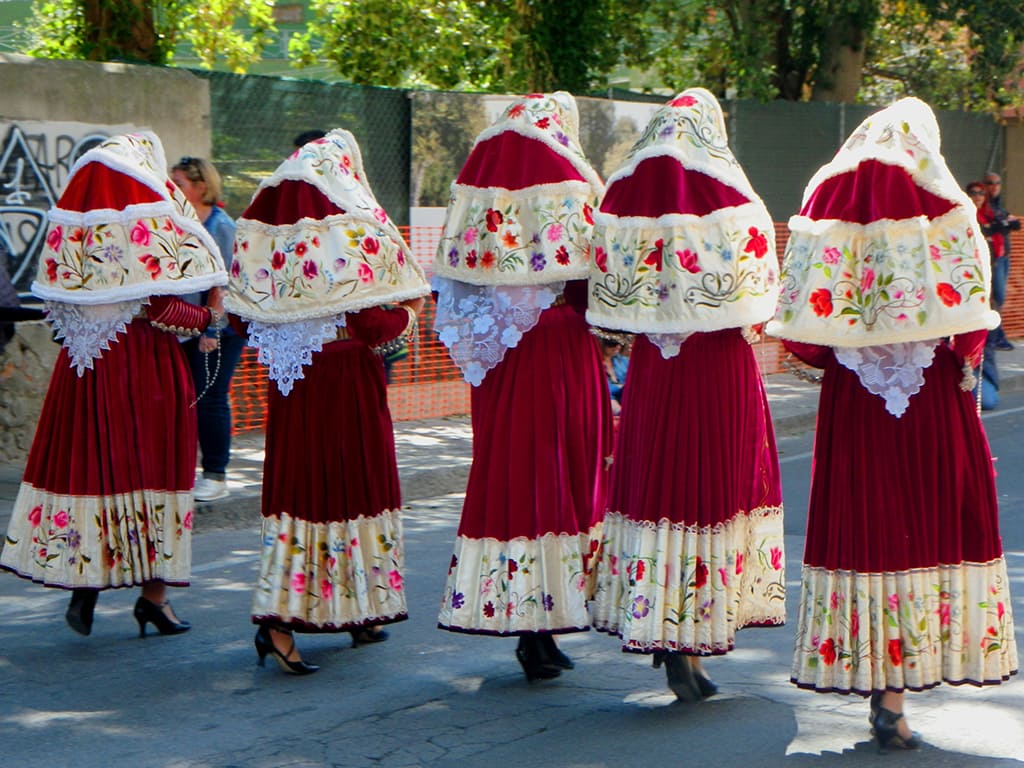 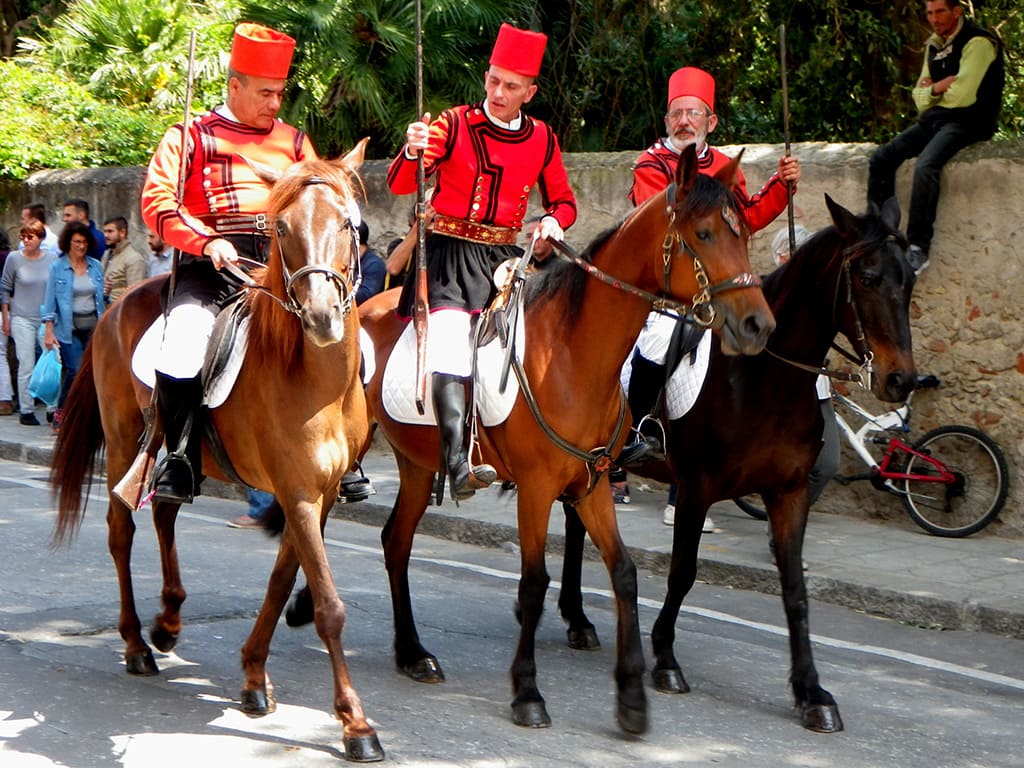 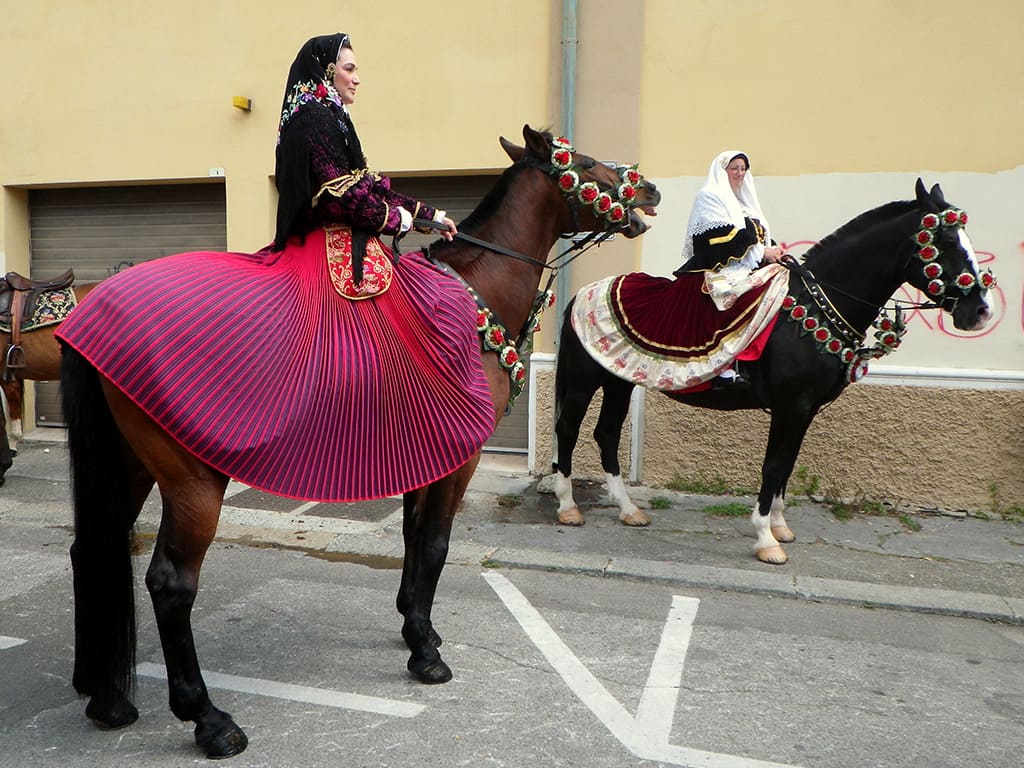 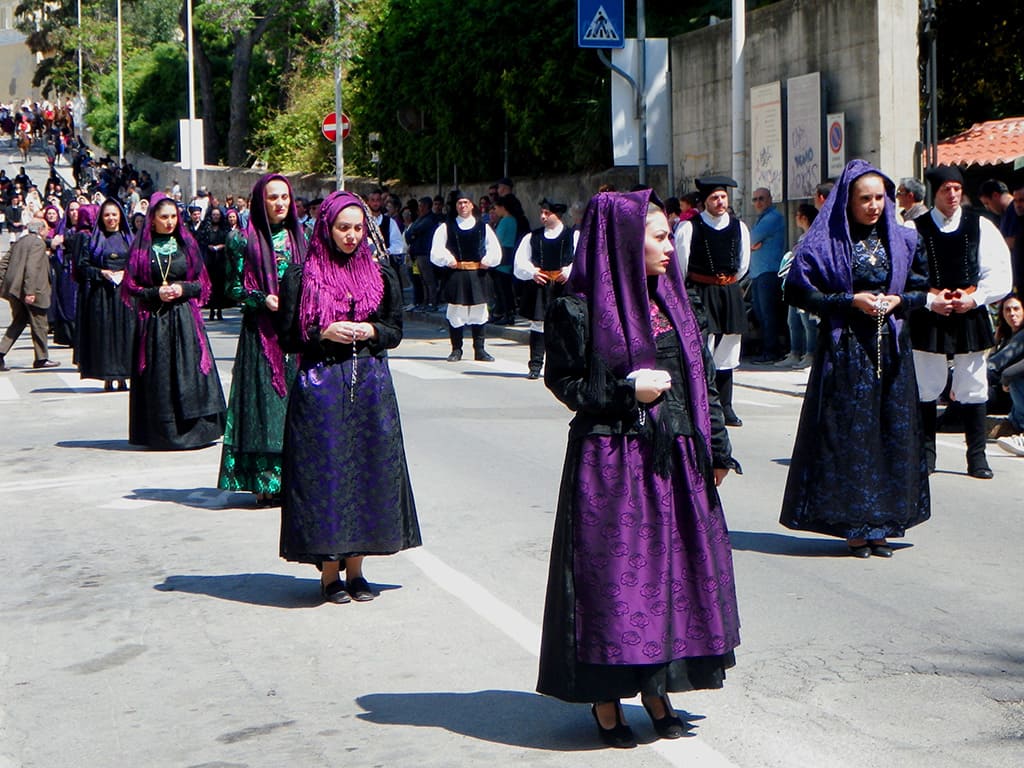