19 & 21 February
The Sartiglia is an equestrian race that takes place in Oristano every year on Mardi Gras and the last Sunday of Carnival.

The event begins with the Vestizione (knighting) of the su componidori, the head of the race, who will in turn choose knights from the peasants and the carpenters’ guilds and supervise events. The ceremony symbolizes the transformation of the knight into a supernatural figure. The rider (su componidori) wears leather trousers, a white shirt and an androgynous mask, white for the carpenters, earthen coloured for the peasants, while a veil covers his head, forehead and neck.

The term Sartiglia derives from the Castilian sortija, which means ring. As there are no written documents, it is possible that the carousel has its roots in knightly tournaments introduced to Sardinia during the period of Spanish domination in the 16th century. Knights attempted to hit a ring, which in Oristano has been handed down in a star variant.

Today the knights follow the su componidori, who has the honor of opening the race, gallop down the road towards the cathedral to the sound of the trumpets and the roll of the drums, and attempt to hook with a sword the star hanging on a green ribbon. The race is always completed by the su componidori, who blesses the crowd while galloping backwards. Later, the procession moves to the Via Mazzini, where pariglie (groups of 3 riders) compete in fast and reckless acrobatic races, also presided over by the su componidori.

Each day of the event will end in the respective guild halls of peasants and carpenters, with the Svestizione (undressing) of su componidori. 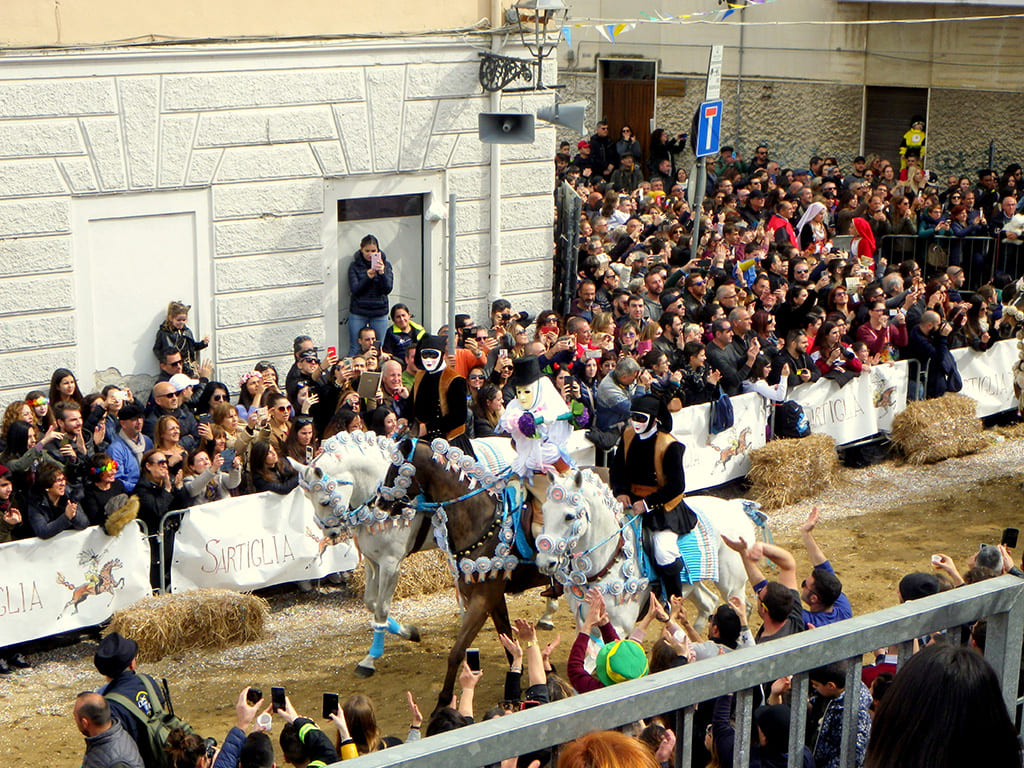 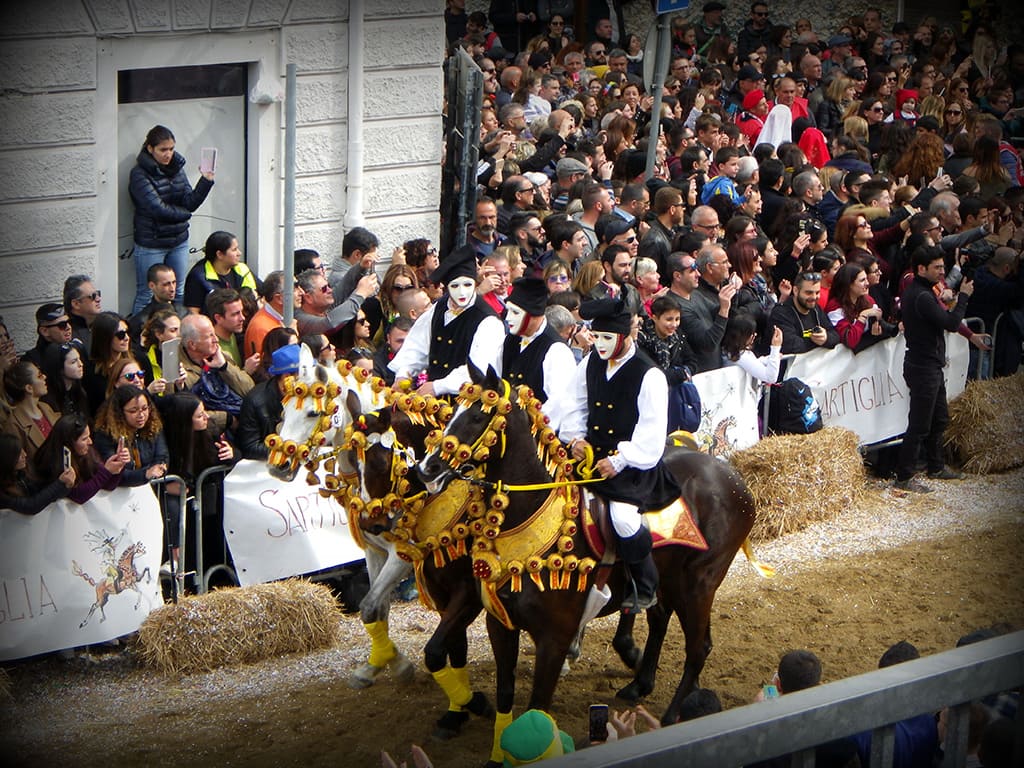 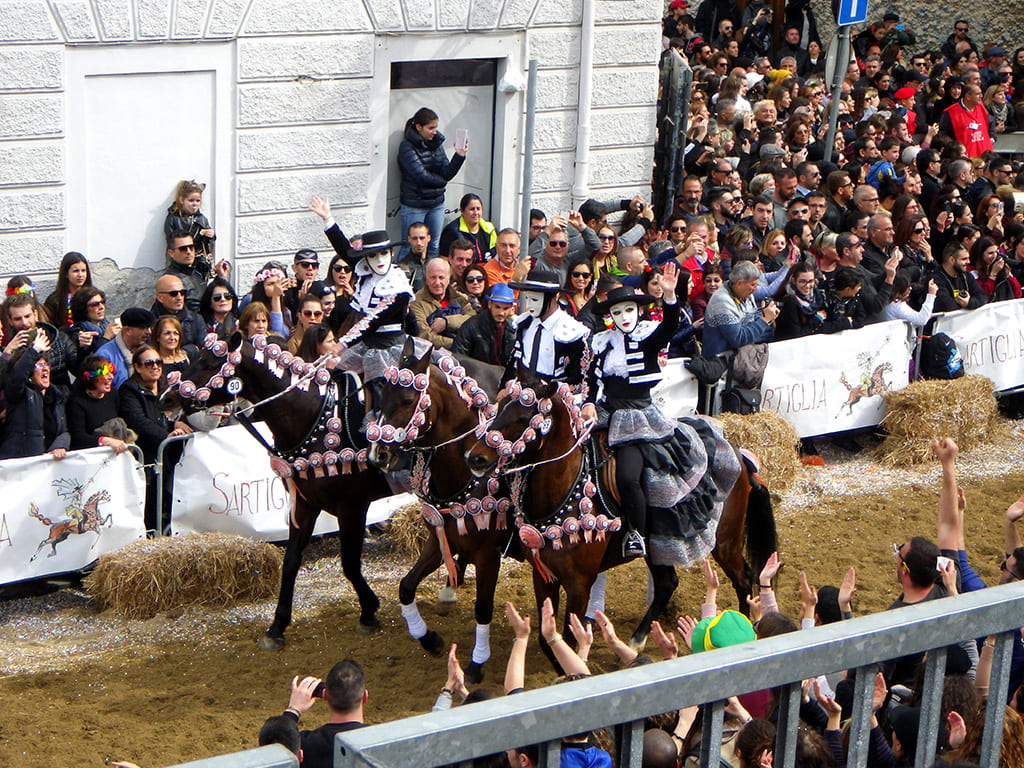 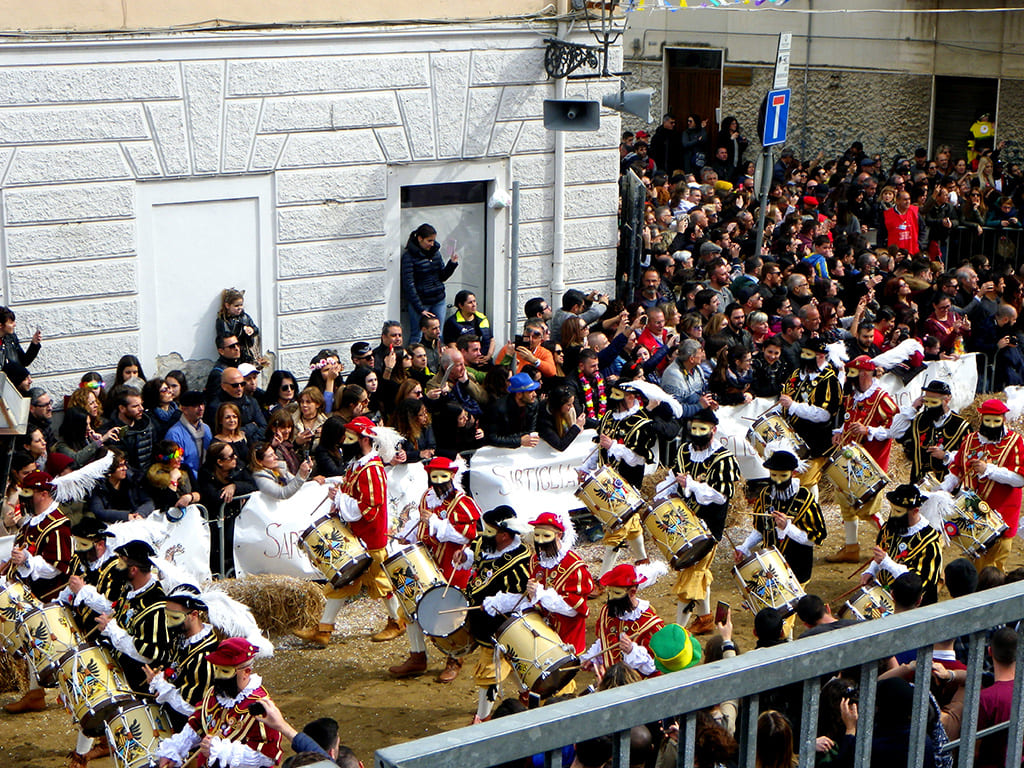 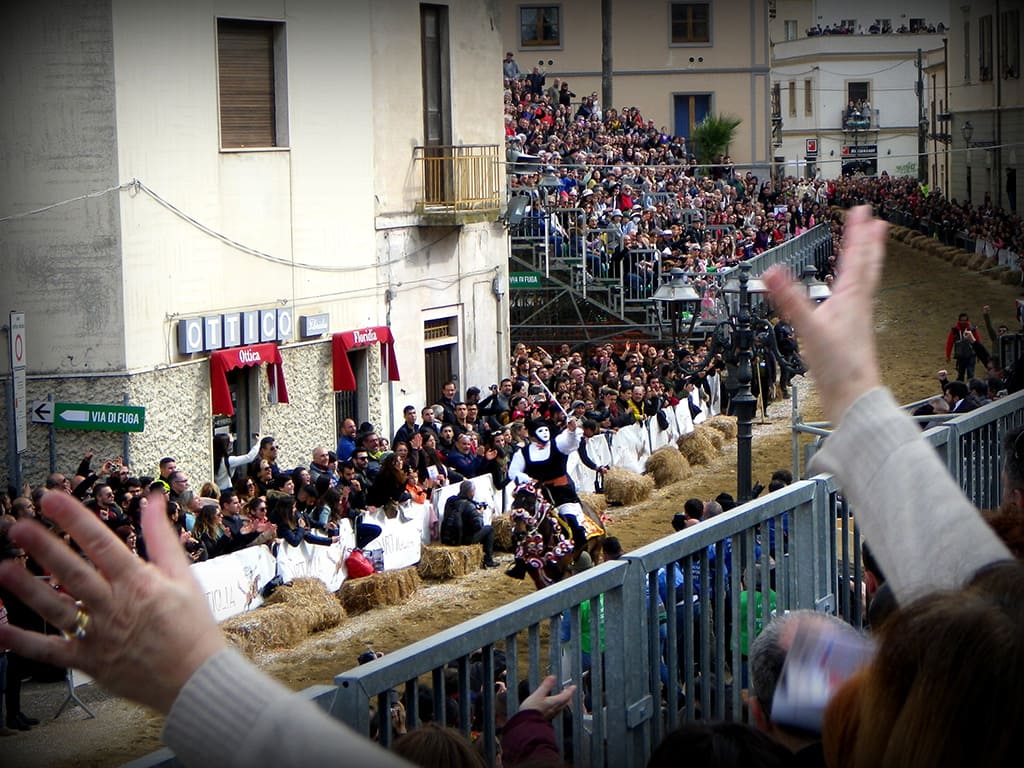 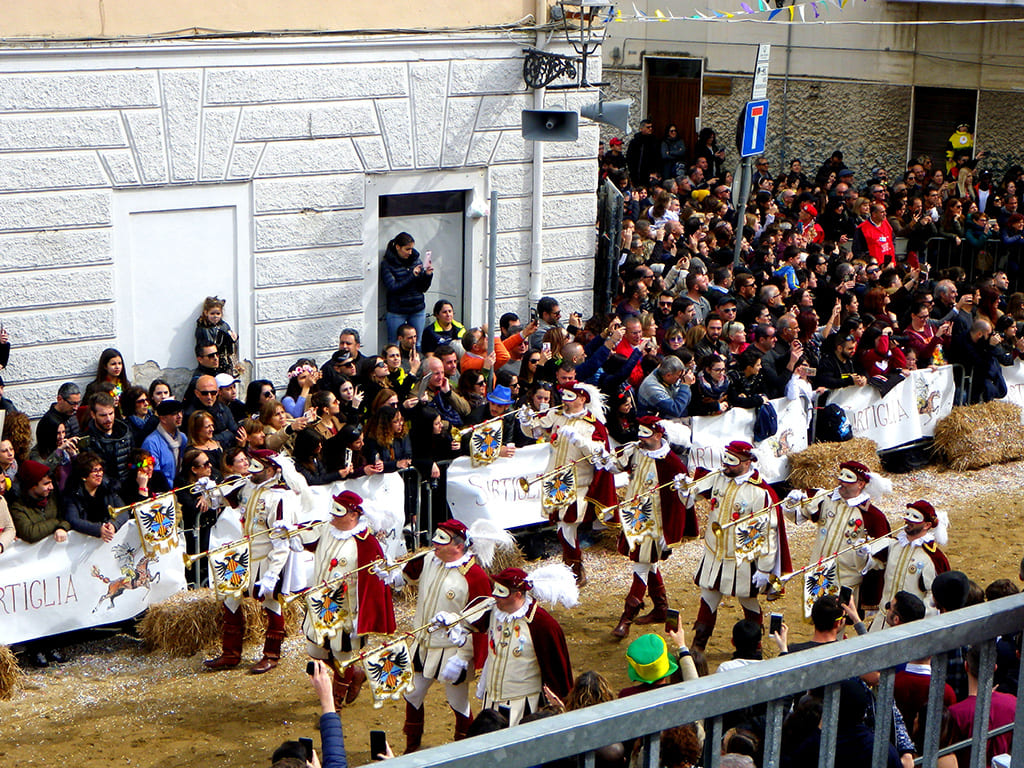 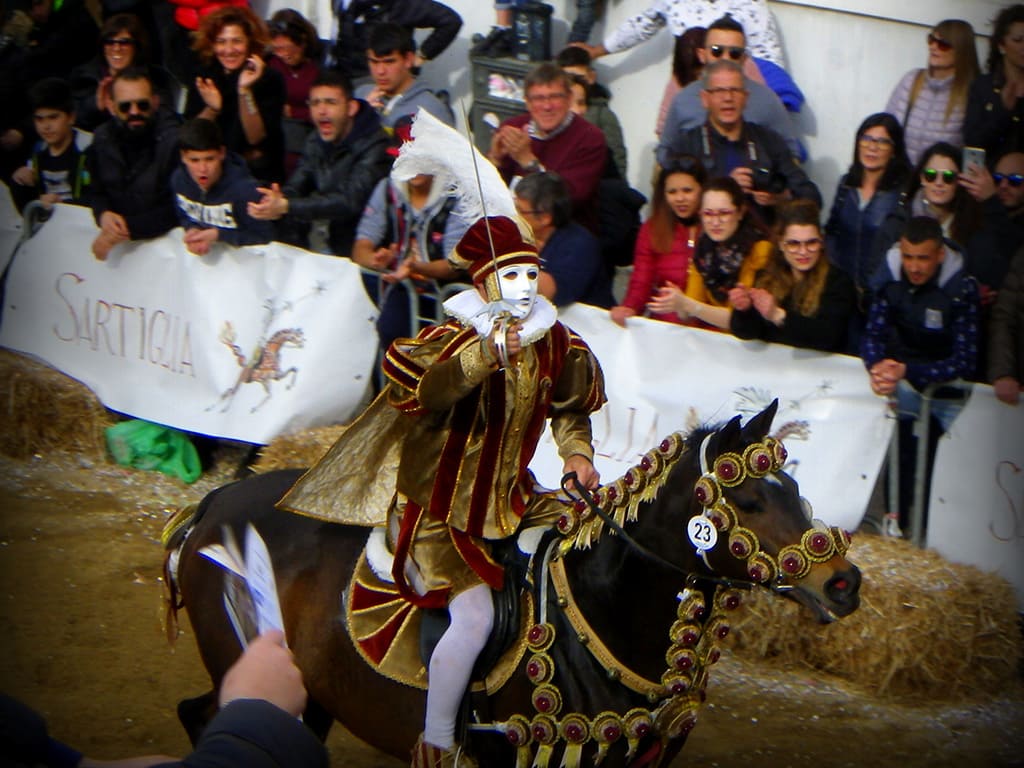 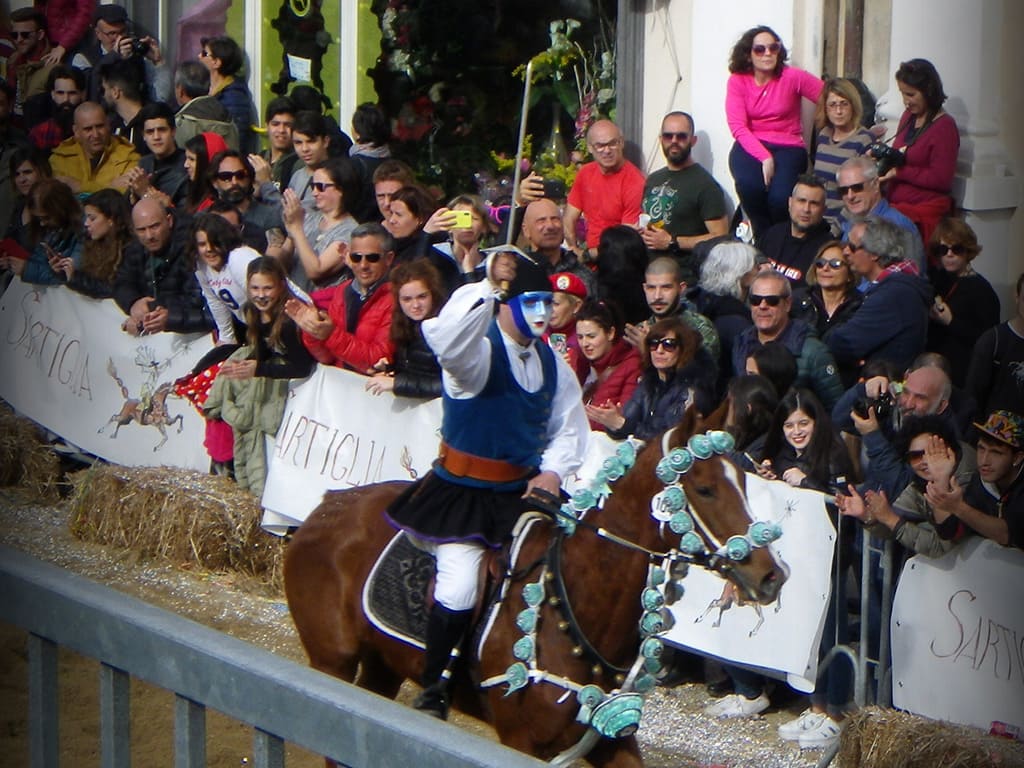 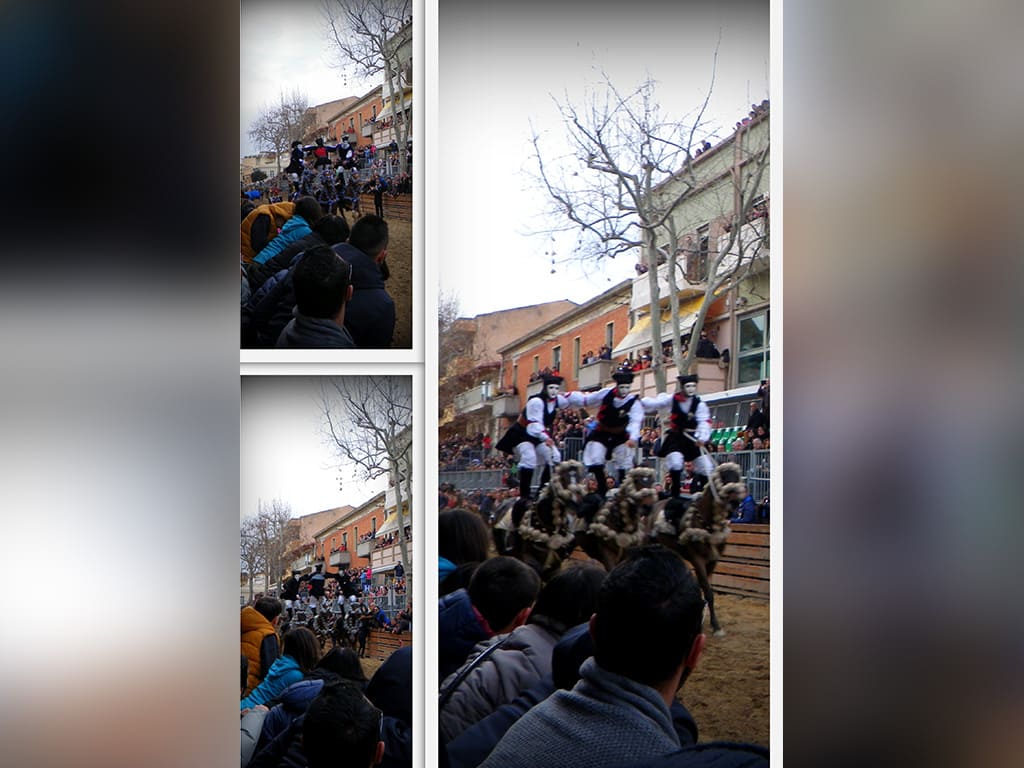